From its inception, the show partnered with the likes of Missguided and I Saw It First and you could expect the contestants to strike lucrative deals with Boohoo, In The Style and the like when they left the show.

Former Islander Molly May Hague has even become the creative director of PrettyLittleThing.

For the first time, Islanders were given a wardrobe of preloved clothes, swapping bodycon dresses for vintage Versace in an effort to promote sustainable fashion.

Last summer’s sponsorship was a roaring success. In fact, since the start of the partnership, eBay has seen an astonishing 1600% increase in searches for preloved clothing year on year, and a 24% jump in the number of circular businesses joining its site.

So, it’s no surprise that eBay has once again partnered with the reality TV behemoth for Love Island’s winter series, which hit our screens this week.

The woman behind this sponsorship is eBay UK’s global fashion general manager Kirsty Keoghan, who believes the so-called “Love Island effect” is removing the stigma around buying preloved clothing.

“The show is a worldwide phenomenon and its influence across culture and fashion is hugely powerful,” she says.

“Combine this with a growing sense of responsibility for our planet among consumers, when the opportunity arose, we knew we had an exciting opportunity to change the conversation around fashion – and this has already led to meaningful change in shopping behaviour.”

Indeed, the unlikely collaboration has already had a tangible impact, with research from ITV revealing that one in two (53%) of Love Island viewers aware of the eBay partnership said they’d bought preloved in the past three months, more than double the amount for those who hadn’t watched or been aware of the pairing.

“The partnership is an incredibly effective way for us to reach Gen Z audiences – or the changemakers as I think of them,” Keoghan adds.

“Through Love Island, we’re bringing attention to some of society’s most important issues, so partnering with one of this audience’s most-watched TV shows helps us to hammer the preloved message home.”

Such statistics clearly indicate that the partnership has increased the visibility and awareness of preloved clothing, particularly among Gen Z, the very demographic typically associated with throwaway fashion.

While Keoghan acknowledges that eBay may seem like an unorthodox choice for Love Island, she says it was a “prime opportunity to change perceptions”.

“It’s incredibly encouraging to see consumers engaging so deeply with the preloved fashion movement and that shows it isn’t just a passing trend – it’s here to say,” she says.

“I think we’ve got a huge opportunity to inspire even more people to consider preloved first.”

Over the years, Love Island has evolved from a popular dating show into a cultural phenomenon that holds up a mirror to modern life.

It now occupies a significant place in Britain’s collective psyche, sparking national conversations about a variety of topics – from body image and mental health to race.

Therefore, giving such exposure to secondhand fashion is undoubtedly a step in the right direction, putting sustainability on young consumers’ radar.

“I think the success of the Love Island partnership marks an evolution in consumer attitudes towards fashion,” Keoghan adds.

“It’s clear people are more conscious of their purchasing habits than ever before and this signals that there’s so much more to come for the secondhand market.” 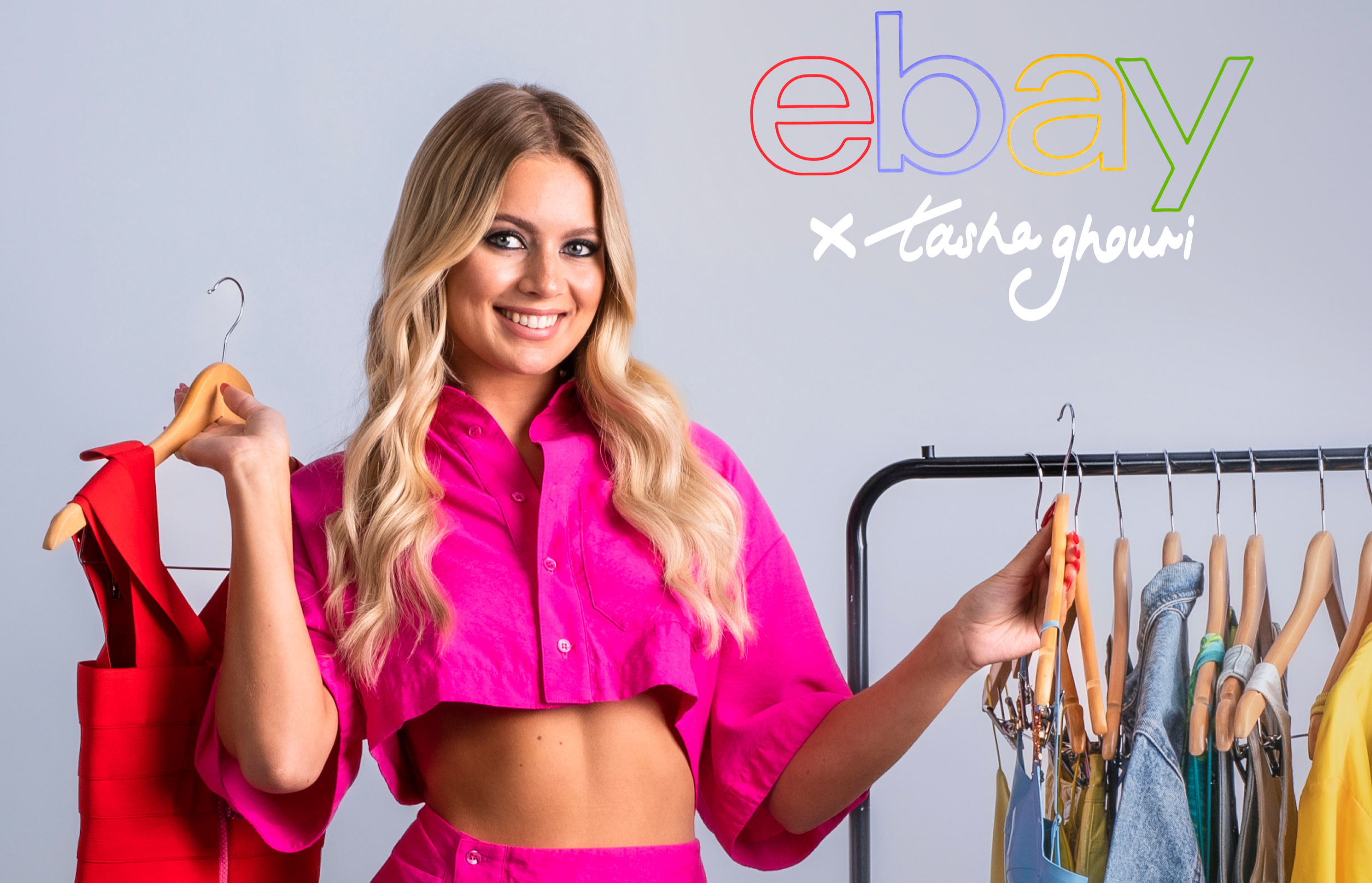 A step in the right direction

However, it would be naive to say to rise of secondhand means shoppers are pieing off fast fashion.

One just needs to look at the career paths taken by last year’s Love Island contestants.

“Clearly, change isn’t going to happen overnight,” Keoghan admits. “It’s not often that we dress head to toe in secondhand or vintage, but it’s those little swaps or additions we can make to our wardrobe that make it a step in the right direction.”

With more consumers turning to secondhand items amid the worsening cost-of-living crisis, it is likely that the preloved appetite will continue to grow.

To cater for increasing consumer demand in this space, Keough says eBay has vowed to avoid complacency and focus on forging more partnerships with relevant businesses and organisations.

“For example, our [sustainable specialist] Reskinned and ACS partnerships represent an expansion of our offering and commitment to bring more retailers and brands into the resale space,” she says.

“Reskinned takes back worn items from shoppers and reconditions them for resale, repurpose or recycle – keeping them out of landfill and extending the product’s life, while ACS are sanitisation and repair experts. Both partnerships play a huge part in helping us to reduce waste.”

In addition to its Love Island partnership, eBay has rolled out a number of initiatives to drive circularity and meet consumer demand.

Its Brand Outlet offers garments from hundreds of high street and designer retailers’ end of line, out of season or outlet inventory, at heavily discounted prices.

In addition, its Imperfects and Authenticity Guarantee programmes, which will both be seen on this year’s Love Islanders, offer more choice for savvy consumers – from both a sustainability and value point of view.

“eBay has been a pioneer of recommerce since its inception. We are in the business of extending the life cycle of products, whether that’s in fashion, tech, home and garden, or parts and accessories,” Keoghan adds.

“But we know Love Island is only one part of the puzzle when it comes to driving circularity, and that we need to work with other businesses to source solutions to wider environmental challenges.”

Fast fashion is a difficult habit to kick and the allure of a cheap, trendy piece can be irresistible to many consumers.

However, eBay and Love Island’s partnership has clearly boosted interest in preloved clothing and continues to drive conversation. It’s a relationship that looks set to bloom and further drive the growth of secondhand clothing.

Deloitte: Shoppers to spend an average of $500 during Black Friday week