8 consumer trends that will shape retail in 2023

Inflation and economic uncertainty may have been the overarching theme of 2022 but the New Year – and a slew of positive trading updates – has brought a glimmer of hope for the retail industry.

Retail Gazette takes a look at the key trends industry experts believe will shape retail in 2023.

Living for the moment

Discretionary spending habits will split in two this year as some consumers continue to tighten purse strings while others start spending more confidently.

The British Retail Consortium expects the growth rate of retail sales to pick up in the second half of 2023 reaching 3.6% to 4.7%.

Foresight Factory consumer trends editor Margot Peppers believes shoppers will tire from last year’s self restraint on spending and instead look to spend more spontaneously instead.

“People know that the sensible response to an economically uncertain future is to hunker down and be frugal, but after three years of COVID restrictions – plus a climate crisis that poses an existential threat to human civilisation as we know it – there is an impatient desire to make the most of the here and now,” she says.

“That means going on that bucket list trip, indulging in that less-than-healthy snack, and yielding to desires for instant gratification.”

In a sign that shoppers want to ditch the self-restraint and splash the cash, McKinsey’s State of Fashion report forecasts that global luxury fashion sales will grow up to 10% in 2023.

Retailers can respond to this trend to ‘live in the moment’ by helping consumers experience spontaneous moments of escapism online and in-store, and by offering indulgent products says Peppers.

Harrods succeeded in giving shoppers this escape when it tied up with Dior to transform its Knightsbridge facade into a gingerbread-themed fantasy this Christmas.

Trading down but trading in

Some shoppers may be looking to splash a little more but many will be finding it harder than ever to make ends meet, meaning trading down will continue to be a top trend in 2023.

About 38% of shoppers are already buying cheaper essential products from their usual retailers while 13.8% are switching to cheaper chains, according to GlobalData. 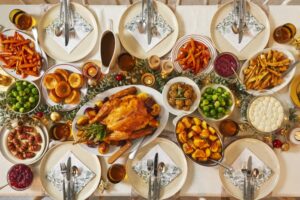 Gartner director analyst Matt Moorut says the hunt for cheaper alternatives will force retailers to further reassess their value proposition to convince consumers to stick with them.

Morrisons kicked off the year announcing it made 130 price cuts across its entry level products as it invested £16 million to support shoppers.

Meanwhile, Tesco last week revealed a new price lock initiative on over a thousand products, which will be in place until Easter.

The hunt for cheaper alternatives does not stop there as consumers are also looking to simplify their meals by purchasing fewer components, according to Kantar Worldpanel marketing manager Kim Nicholson.

This provides a good opportunity for value grocers and discount retailers to highlight the quality of their cheaper priced products, says Moorut.

Shoppers may be trading down but they are also trading in and moving indulgent moments and social occasions, such as fancy meals, into the home – at the expense of the hospitality industry.

Sainsbury’s reported back in November that customers were choosing to treat themselves at home, with its Taste the Difference sales up 14% against pre-pandemic levels.

As well as investing in value, supermarkets would be wise to revamp their premium ranges in 2023.

Retailers will have to work harder in 2023 to attract and retain customers as the rising cost of living puts loyalty to the test.

In fact, Gartner found 56% of consumers are willing to forgo brands they’re loyal to for a good deal.

In this environment, retailers will have to up their rewards and Kantar Worldpanel’s Nicholson believes that we will see more businesses elevating loyalty card exclusive prices. 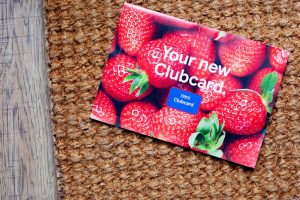 “The rise of loyalty card exclusive prices will likely be built on with more personalised pricing and more incentives to complete specific spending habits in order to unlock discounts,” says Nicholson.

Tesco’s Clubcard prices has led the way remain unrivalled as the retailer reported sales penetration increased by 9.8 percentage points year on year in its most recent half.

Other retailers have followed suit. Sainsbury’s introduced My Nectar Prices in 2022, a data-led tool offering customers discounts on items that they frequently purchase.

Sustainability on a budget

Consumers are now paying closer attention to what they’re purchasing than ever before.

According to GlobalData retail lead analyst Emily Stella, the cost-of-living crisis will help to drive this behaviour forward in 2023.

“Consumers are looking for ways to cut back, and anything that looks like it will be unnecessary, or appears wasteful, for example energy consumption, or harmful to the environment, such as disposable products, gives shoppers the excuse they need to leave it on the shelf, and the cash in their pockets.

Therefore, retailers no longer have the luxury of charging a premium for more sustainable alternatives and will need to find way to make its range more affordable.

Accenture retail strategy lead for Europe Kelly Askew says retailers have an opportunity to make this lifestyle as easy as possible for shoppers by educating them on how to shop economically and offering bundles and discounts on sustainable products. 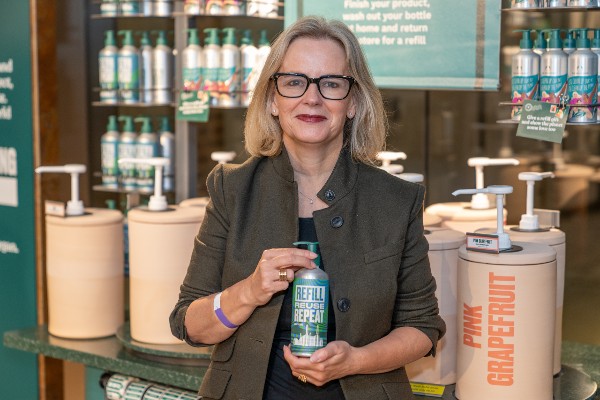 The Body Shop made its refill station more attractive to consumers by offering more product for the same price as packaged goods.

Doing good is good for business

With the spotlight on sustainability, we can expect more retailers looking to make a larger social impact.

“This goes way beyond the CSR initiatives of the past,” says Stylus senior trends editor Rebecca Hobbs.

“Instead, it’s about brands stepping up and taking a leadership role as pandemic-weary consumers attempt to navigate a really challenging socio-economic landscape at a time when much political leadership seems lacklustre.”

Hobbs cites Iceland’s move to launch interest-free loans for customers to help support with the rising cost of living as an example of brands stepping up. The iniaitive was certainly popular as it stacked up 4,000 applications in the space of 24 hours.

However, Hobbs adds the challenge for retailers is to key into their brand identity and find an issue that they can provide leadership on.

The movement against perfectionism and photoshopped images is already here and experts see this accelerating in 2023.

“Consumers are rebelling against filtered perfection and sleek minimalism in favour of individual style and choices, whatever that looks like,” says Foresight Factory’s Pepper.

Conventional fashion and beauty standards are being challenged with consumers pushing retailers to be more inclusive and diverse, she says.

“Retailers can resonate by celebrating uniqueness, reframing what were formerly considered flaws as strengths, and empowering customers to use products in any stylistic configuration they wish,” says Pepper.

Last April, Victoria’s Secret named its first ever male ambassador – actor Darren Barnet of the Netflix series “Never Have I Ever” – to promote Pink’s gender-free collection.

The hunt for inclusivity is not just limited to branding and ad campaigns – retailers also need to make the shopping journey accessible for all, says Hobbs.

“65% of people with a disability have abandoned a purchase due to poor accessibility so there’s a clear commercial benefit as well as an ethical imperative here.”

Big brands including Nike and Adidas have been pushing ahead with a direct-to-consumer (DTC) strategy, which as seen them focus on their own digital and retail channels and ditch some wholesale partners. 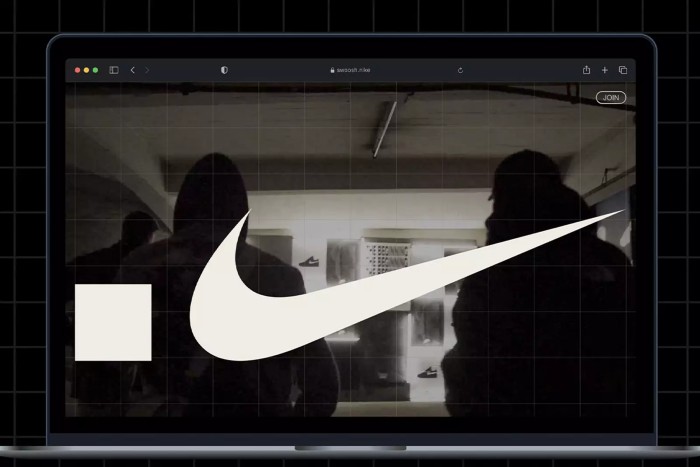 However, McKinsey partner Samantha Phillips predicts that this year brands will realise they need to diversify their channel mix to grow.

“Mounting digital marketing costs and ecommerce readjustments have put the viability of the DTC model into question,” she says, pointing out that DTC clothing companies lost 73% of their value on average in 2022 versus a 25% loss across broader consumer discretionary spend categories.

We have also seen DTC native brands such as Eve Sleep and Made.com collapse in recent months.

Phillips says brands should look on broadening the channels they sell through.

“Brands should consider playing on both wholesale and third-party marketplaces, and extending their DTC play with retail media networks and the metaverse, to achieve greater ROI on marketing spend and to gather valuable first-party data that can be leveraged to deepen customer relationships,” she says.

However, some retailers have been doing the opposite in an attempt to streamline distribution networks.

Over the last three years, Nike has significantly reduced the number of retailers it supplies to as part of its Nike Direct strategy.

Bringing the metaverse into the real world

Many retailers may be cynical about the metaverse, however 2023 could be the year the retail industry fully embraces it, according to experts.

The luxury industry was first to jump into the metaverse with the likes of Burberry, Gucci and Balenciaga all launching initiatives, however we could see it start to trickle down to mid-market retailers and make a physical appearance.

Stylus’ Hobbs says the metaverse will increasing become tied to the physical world this year.

“This physicality is a key aspect of the metaverse, which is referred to as the embodied internet by tech leaders including Mark Zuckerberg, which makes the inclusion of it in brand spaces significant.”

Hobbs says by bringing metaverse experiments into stores it will “encourage adoption and democratise access” to it.

Accenture’s Askew says the priority for retailers when it comes to the metaverse should be to experiment by testing concepts internally and externally to understand how to blend virtual and real-world experiences.