Talk of the ‘death of the high street’ has been overstated as 2022 has brought a return of shoppers to the high street and a raft of new high-profile store openings.

Retail Gazette rounds up the best new stores of the year that have given shoppers a reason to ditch their phones and get out onto the high street. 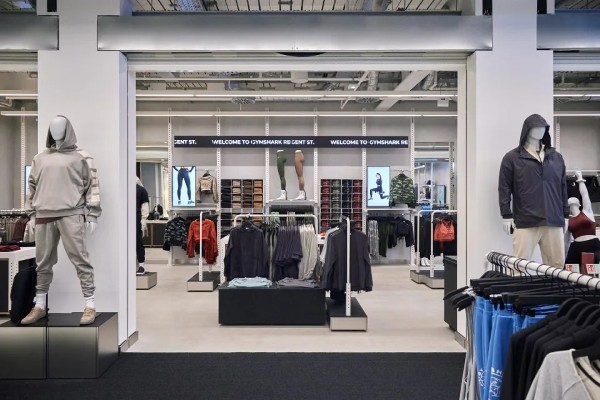 One of the most highly anticipated openings of the year, Gymshark opened its first-ever permanent store on Regent Street in October, to the delight of the activewear giant‘s cult following.

With a flurry of international flagships already trading on the famous shopping strip, the pressure was on for Gymshark to deliver and they certainly did.

Its flagship store takes experiential retail to a whole new level housing a sweat room for members of the public to take part in free classes, an in-store Joe & the Juice and a hub to host podcasts, activations and more. 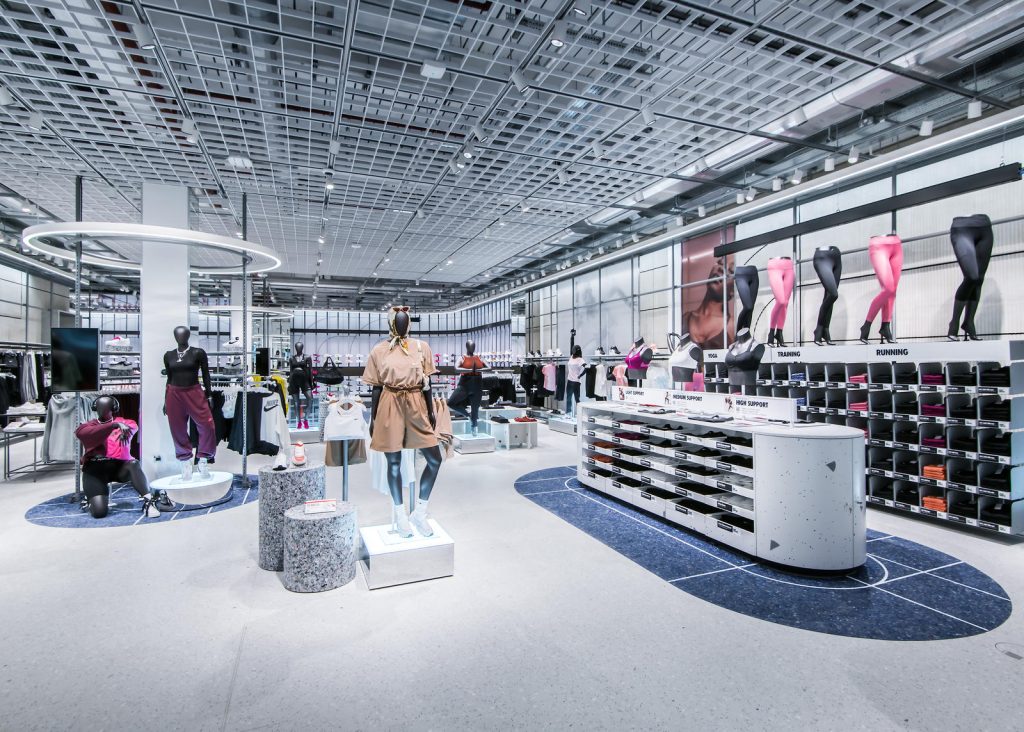 Nike  opened the doors to its new Rise concept in London’s Westfield shopping centre. The store is the first-of-its-kind in the EMEA region as the business looks to create unique in-store experiences by using real-time shopper data.

The sporting giant said the new concept would “set a new standard of retail” inspiring the athletes in London,

The store had adoped a new digital storytelling platform Sport Pulse, allowing for real-time, responsive and localised sporting stories just for the city of London.

Unsure about what trainers to buy? Nike Rise uses an interactive footwear comparison tool that allows shoppers to receive reviews and real-time information on any pair of footwear with the touch of a button. 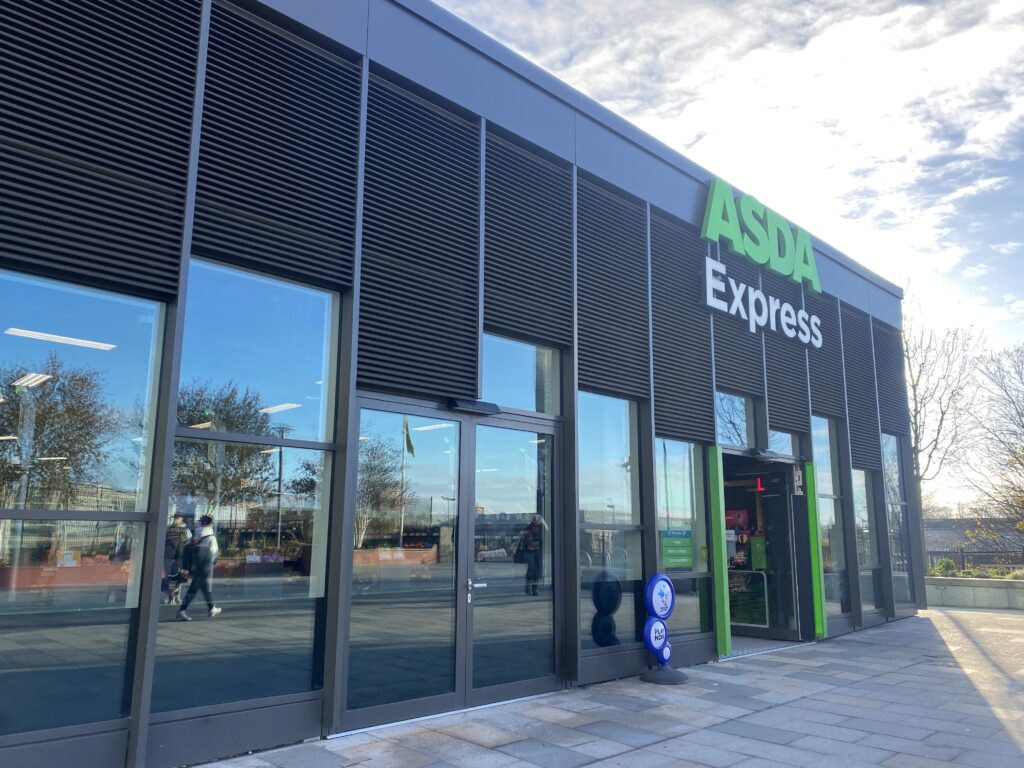 Asda took a giant leap into the world of convenience retail this year with the launch of Asda Express.

The first store opened in Sutton Coldfield in the West Midlands in November and that was folllowed up this month with a store in Tottenham Hale, London.

The new store certainly rivals the likes of Tesco Express and Sainsbury’s Local with a surprisingly large amount of pantry staples, alcohol, food-to-go and fresh produe, alongside an in-store bakery and a click-and-collect service. 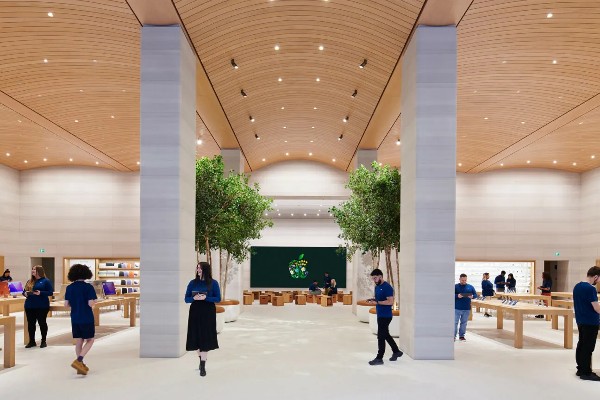 Apple’s new Brompton Road store in Knightsbridge opened its door this summer and is designed to act as an interactive hub for creatives.

In typical Apple fashion, the store, which is a stone’s throw from Harrods, features eye-catching 7-metre floor-to-ceiling windows and the UK’s first mirrored ceiling in a UK Apple store.

It also houses a social gathering space called The Forum, which will run photography workshops and music workshops in connection with Apple Music as well as the first dedicated click-and-collect area within a UK store. 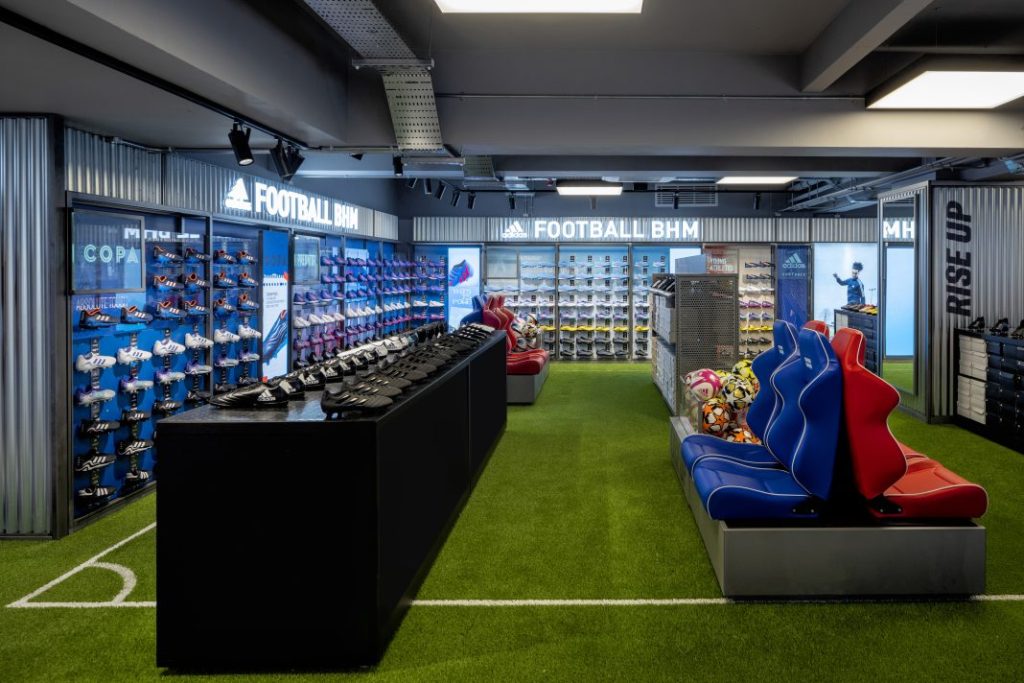 In May, Sports Direct opened the doors to its new £10 million, 60,000 sq ft flagship store on Birmingham’s New Street.

The move is part of the retail giant’s elevation strategy, pioneered by new boss Michael Murray. 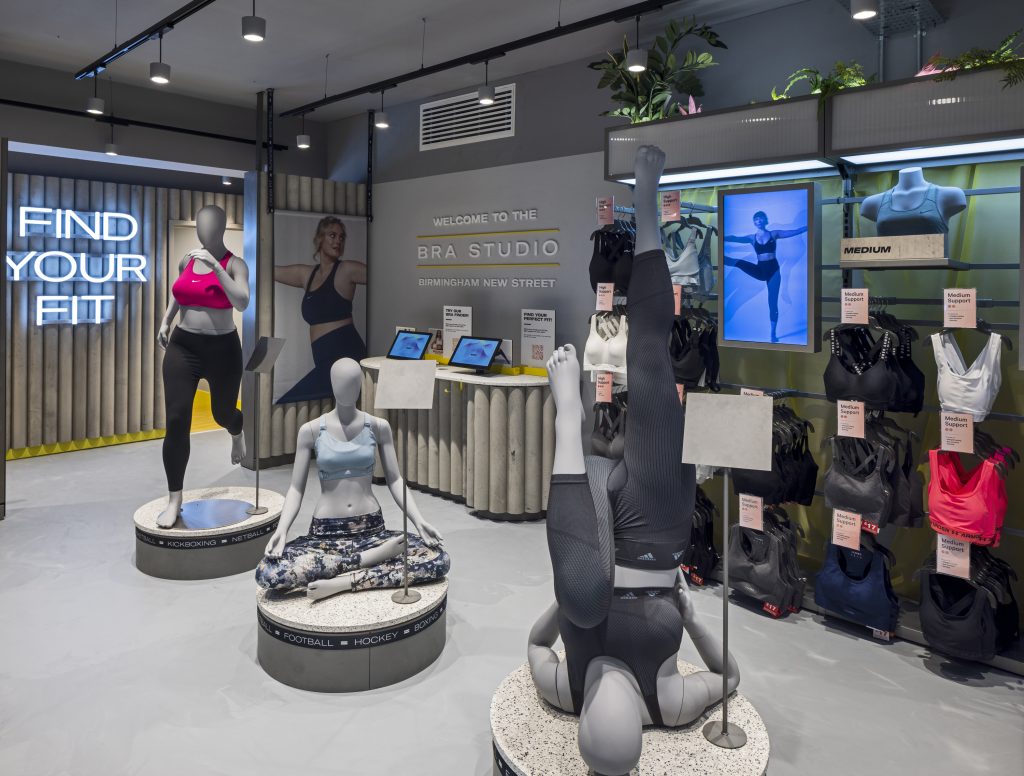 The store interiors, lighting and displays look upscale and world’s away from Sports Direct stores of the past.

The flagship also features a dedicated running area featuring a gait analysis section to determine which shoe is best for you, a shirt personalisation section, bra studio and more. 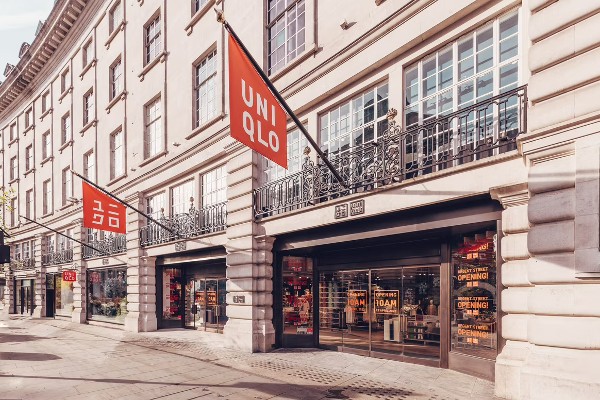 Uniqlo opened its first joint store with Theory on London’s Regent Street back in April.

The 20,500 sq ft store is divided along three floors with Uniqlo on the lower ground, ground and first floors and Theory products stocked on the ground floor.

The store also has a sustainable focus, and houses the retailer’s first dedicated Re.Uniqlo Studio space.

There, trained staff take care of everything from hemming trousers and sewing buttons to mending holes and other damage on Uniqlo items with prices starting from £3.

Alongside alterations and tailoring, Uniqlo will also offer an elevated service turning Uniqlo clothes into fresh new items with a host of repair and customisation offerings including the Japanese Sashiko stitching technique. 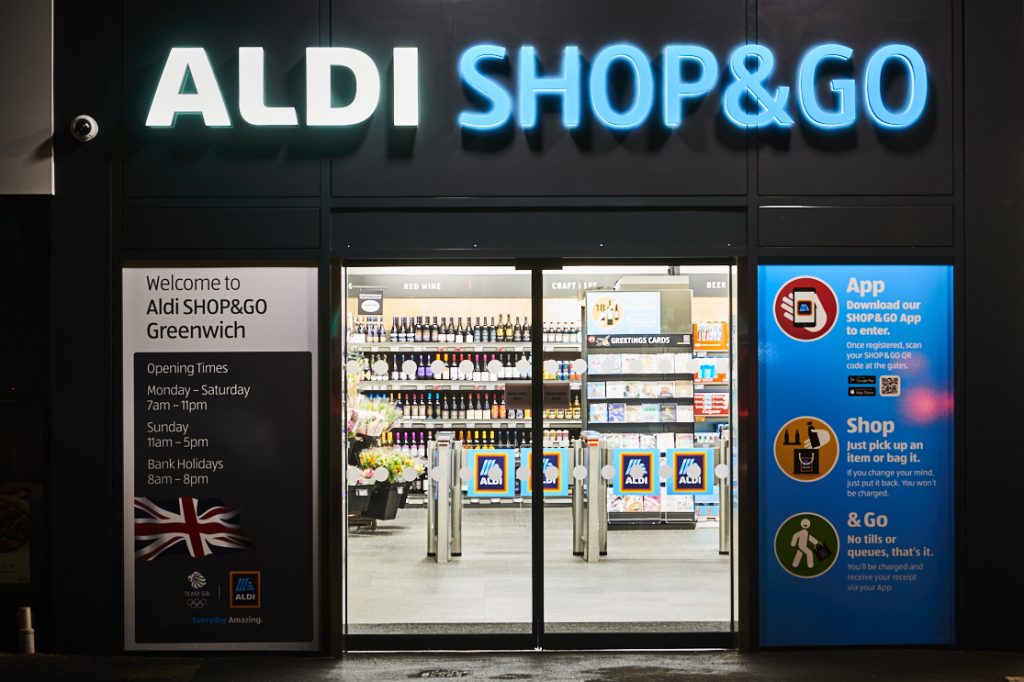 At the start of the year, Aldi stepped into the world of checkout-free stores following the likes of Amazon and Tesco.

The retailer opened its first Shop&Go store in the London borough of Greenwich, allowing customers to simply put items in a bag and walk out of the store without the need to scan an item or visit a till point.

Aldi has tapped retail technology brand AiFi for the technology, which is very similar to Amazon Fresh’s ‘Just Walk Out’ tech, using specially positioned cameras to detect what a customer has picked up. 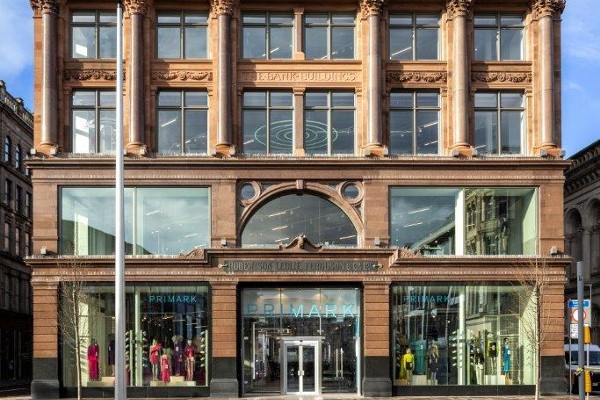 Primark’s revamped Belfast store reopened its doors in October after a fire back in 2018 devasted the city’s flagship.

The new Primark store features 88,200 sq ft of retail space, including a brand-new Disney café and a dedicated Disney department for adults, kids and home on the second floor.

The store, which is 76% bigger than the pre-fire store, also houses a nail and beauty studio and a giant 12,000 sq ft Home department, which is three times larger than any other in the fashion retailer’s estate. 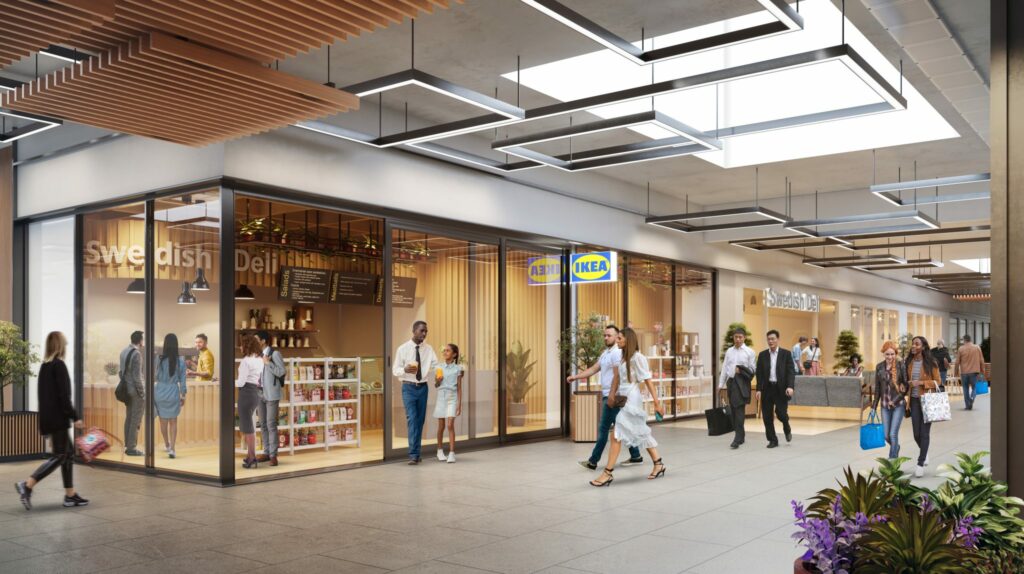 Ikea opened its first small format high street store in the UK, in Hammersmith, west London back in February with a focus on home accessories and soft furnishings

The 4,600 sq m store that is set across two floors takes inspiration from London living and stocks 4,000 products, which are located next to the roomsets they represent, rather than Ikea’s traditional Market Hall concept.

The store also houses The Swedish Deli, which goes beyond serving Ikea’s iconic meatballs and sells a range of hot and cold Scandinavian delicacies, including Smörrebröd open sandwiches, Nordic Chicken Caesar and more. 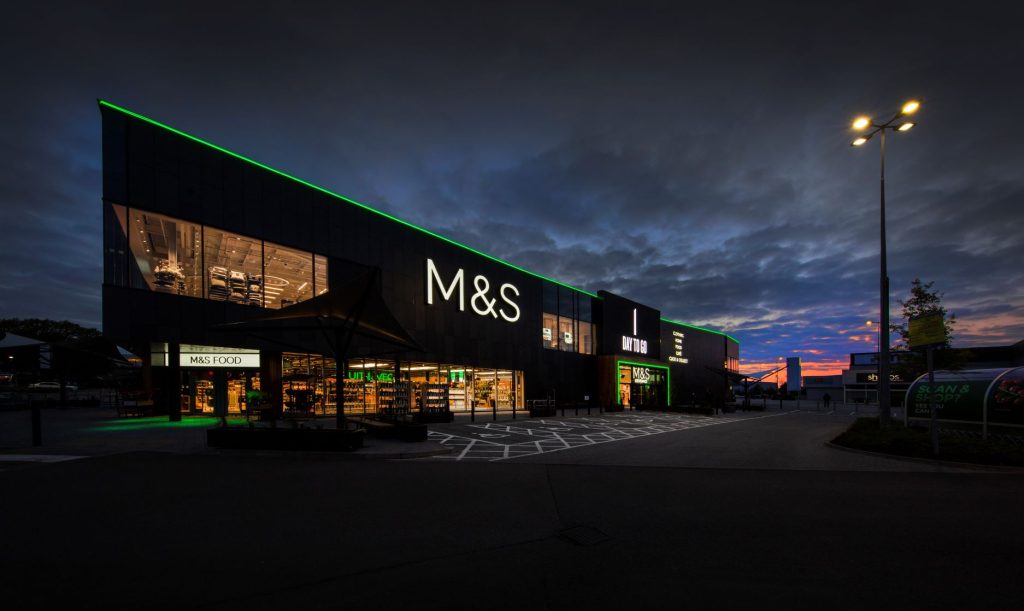 M&S opened a new 75,000 sq ft concept store at the Roaring Meg retail park in Stevenage back in May, which features clothing, a marketplace-style food hall with ‘Fill Your Own’ stations, a beauty department, an opticians and a 174-seat cafe.

The shop also has plenty of checkouts for speedy service, a mobile Scan & Shop option, which is available via the M&S App, and a click-and-collect service.

He said: “This really does look like a large slice of a possible way forward for the retailer, particularly as regards clothing and home.

“What marks this out both as a store of the future and as different from almost any other branch that might be mentioned is that it feels like one enterprise.”

“If Marks & Spencer can draw lessons quickly from what has been done here and take it elsewhere, its clothing and home will be in with a real fighting chance.” 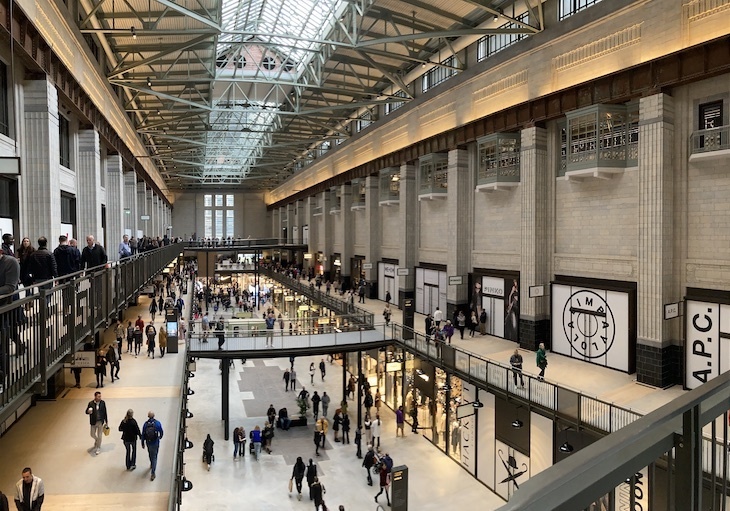 Not strictly a store opening, but the launch of a big new shopping centre.

The station, which was decommissioned back in 1983, is now filled with world-beating flagships, including Zara, Nike, The Body Shop, Uniqlo, Adidas, Mango and a new-concept M&S Foodhall.

Despite its position in London, which has one of the world’s most vibrant retail scenes, Battersea Power Station has managed to draw the crowds with more than 250,000 people visit during its first weekend.

the year in Diversity & Inclusion