Retailers are facing a catalogue of challenges during the cost-of-living crisis, and tackling rising energy bills is one of them.

Soaring costs are having a big impact on retailers. Iceland, for example, has been forced to stop opening planned new stores after its latest energy bill surged by £20 million.

However, retailers are taking action to quell soaring gas and electricity bills.

John Lewis Partnership, which expects to face an £18 million overspend on energy for its year to the end of January, is introducing a raft of energy-saving initiatives.

We look at how the partnership and other retailers are trying to keep on top of rocketing energy bills.

Turning the heat down

John Lewis is planning to lower the temperature in its department stores and distribution centres to tackle its rising energy bills.

Over at sister company Waitrose, temperatures will be reduced by two degrees across branches, offices and warehouses.

JLP is not alone. Luxury group LVHM is taking similar action and is lowering store temperature by one degree this winter.

The goal is to “reduce the current tensions on the electricity market” and slash its energy usage by around 10%.

The changes will first happen in France before being rolled out globally.

It is accelerating its rollout of electric heat pumps, which require less electricity to run, in all its supermarket stores.

The pumps will replace gas heating in all stores by 2035. Waitrose currently has five installed and is planning another 10 next year.

In the first stage of rollout, the grocer is focusing on heat recovery and thermal efficiency to help lower the general heating and cooling load of its buildings, Waitrose energy and innovation operations manager Neil Coleman told The Grocer last month.

He said: “No business is immune to rising energy costs – we’ve already set an ambitious plan to reduce our energy consumption and reach our goal of net zero emissions by 2035.

According to its website, Morrisons is also investing in heat pumps to warm its stores and sites, as part of its five-year plan to buy and use renewable energy.

Retailers are also dimming the lights in stores and offices.

The Co-op has been reducing lighting in around 500 of its 2,500 stores across the UK since October.

The initiative, which is part of a trial, means the retailer can reduce electricity bills by up to £4,000 a year for a single store.

The company, which owns funeral homes and insurance as well as supermarkets, is trialling it to reduce costs in the long run.

Waitrose will also dim the lights in its supermarkets with stores operating on “half lighting” for the first two hours of trading on weekdays.

The brightness and number of lights switched off will vary between stores while John Lewis is conducting surveys in an effort to “explore further reduction opportunities” in lighting, according to The Guardian.

Lights in Waitrose stores will also be switched to LEDs to cut electricity use by up to 10%.

Electricals retailer Currys has also reduced the brightness of display TVs after energy bills jumped £8m in the year to the end of April.

Currys chief executive Alex Baldock told The Telegraph: “We’re doing things like dimming the brightness of some TVs when stores are less busy and turning out every other light and installing LED lighting across the network, all of which is self-help.”

Even London’s Oxford Street has implemented reduced operating hours for its famous Christmas light display and is using energy-efficient LED bulbs this year. 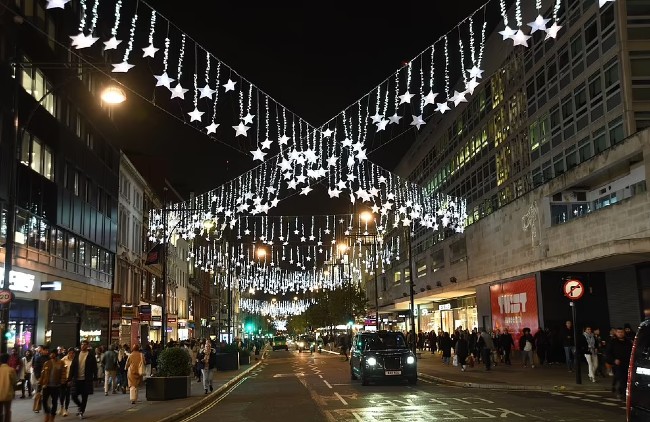 Iceland revealed in July that its energy bill hit £70 million last year and is on track to double this year.

Some retailers are taking action here to minimise rising costs.

Waitrose revealed that its fridges will be upgraded to make them 40% more efficient.

The grocer is looking at options to include adding ‘night blinds’ on fridges to trap the cold air inside, and switching off unnecessary equipment.